For IP Office 8.0, the AIWS2 is supported. The AIWS2 is an application server for the DECT R4 system. It can run applicationsÂ such as SMS messaging, centralised phonebook and corporate directory access. For maintainers it supports centralised device management including firmware and configuration upgrades over the air.

There is no upgrade available between variants.

We are Avaya SILVER partners 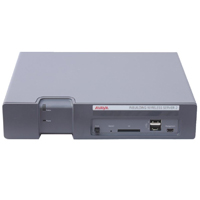 Other products in this range